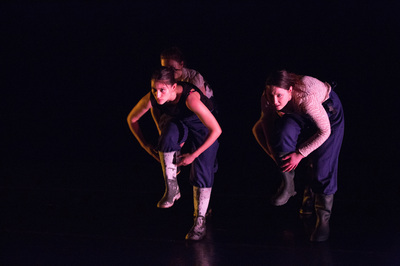 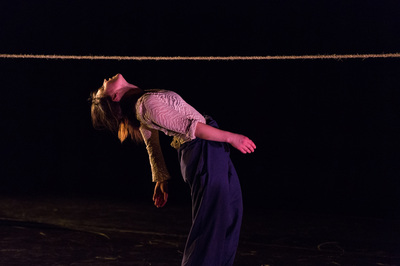 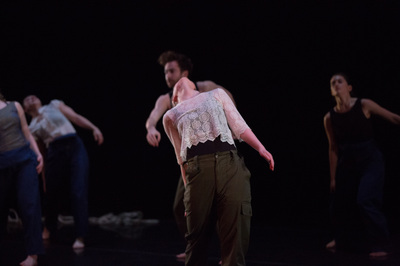 Amba, choreographed as an Independent Project at The Space in Dundee, is a piece composed of detailed movement, live music and gumboot dancing. It was performed by seven dancers who, mostly, were also studying at The SSCD.

Mining was a central thread to the work. Gumboot dancing, historically a South African form of communication within oppressive mining conditions, gave the piece a heavy, rhythmic consistency.

The piece opens with a song entitled ‘The Blackleg Miner’. It tells the story of miners who went to work during the mining union strikes. It is a brutal, Geordie folk song which tells of violence towards these miners and of the disrespect they received for not baring hardship for the greater cause.


“And even down near the Seghill mine, across the way they stretch a line, to catch the throat and break the spine, of the dirty blackleg miner.”

“So join the union while you may, don’t wait until your dying day, for that may not be far away, you dirty blackleg miner.”

Similarities in style can be seen with Amba and Fabric. The artists never leave the stage. It can be casual, social and intense in atmosphere, sometimes all at the same time.