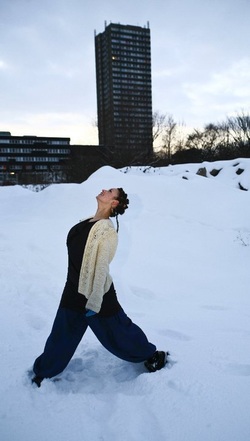 I began dancing at Dance City in Newcastle. In the past I have managed Hav' some  Youth Dance Company and their tours. I have completed an apprenticeship at Dance City building skills in teaching and delivery, facilitation, administration, performance and choreography, percussion and stage running. I continued to train at The Scottish School of Contemporary Dance in Dundee. I have performed throughout my training all around the UK and as a Swallow on the Swallows project, I performed in South Africa.
Duka Dance Company is the next chapter and I have recently lead the choreography and creation of Fabric: A contemporary performance featuring South African Storytelling and Live music.
This work has premiered at the fringe of the National Arts Festival in Grahamstown, South Africa. 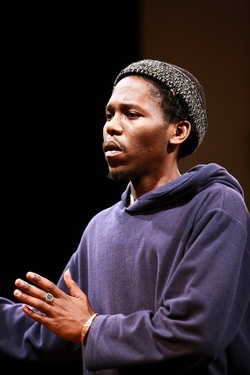 Mojalefa Koyana was born in Port Elizabeth. An actor, dancer, singer, poet and writer. It’s been 9 years working as an artist with various companies and practitioners in theatre and dance. Previously working at Umhlobo Wenene (SABC) for 6years in radio dramas. Later Mojalefa studied fashion design at Port Elizabeth College and then he worked at Cyrilt-wear. From there he went on to facilitate theatre, storytelling and indigenous instrument playing workshops at Newcastle College in the North East of England as well as in schools and local art groups. Lefa has toured with U.K based company “Taproot” on a three hander called “The Journey”. He has also participated and led a documentary about and involving youth in situations of suicide and drug addiction in Middlesbrough, England. As a member of “remix laboratory programme” at the National Art Festival in 2010, Lefa reviewed various performances. Having experience as a photographer, shooting the Mayor's Imbhizo and working for Thobani’s film cc he did the administration for a production for EYTHA Trading cc. that was presented in the 2011 National Art Festival. In 2012, he directed a Science and technology production called “Interplay” on studies of internet while simultaneously managed its logistics for a partnership between the Rhodes University and Isiseko Senkonjani foundation. Early 2013 directed a theatre show on an international exchange program for professional performers, from seven different Countries in February for Sihlanganiswa zinkonjane partnership. Now working at the Keiskamma Trust as an artistic Consultant. Recently writing and performing in the project Fabric; he continues doing workshops in schools and villages across SA and UK as part of this project. 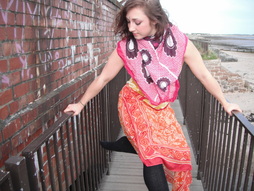 Three years ago, I began studying at The Scottish School of Contemporary Dance coming from a background of Ballet and Gymnastics, which I trained in formally in my home town near Newcastle. My Ballet training, more specifically, came from my inspirational teacher, Pauline, of The Pauline Cook School of Dance.
While studying in Scotland, I have been involved in several independent dance projects; such as a tour of 'Lit', a performance commissioned by City Moves in Aberdeen and choreographed by Katie Milroy. I also performed in an arts film devised and lead by Agne Auzelyte, which later in 2012 developed into a live installation. I have participated in film  work produced by artists at Northumbria University, and following this, participated in an interactive performance art piece in Windsor with 4Motion Dance Company. 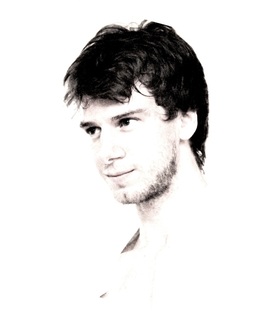 I have been dancing since my mid teens and training at the Scottish School of Contemporary Dance for the past 3 years in my home town, Dundee. My training has been bolstered by a strong musical background and through my practice of yoga. Previous performances include a Scottish tour with Edinburgh Choreographic Project featuring a solo choreographed by Royston Maldoom OBE, SisGo wiith Scottish Dance Theatre in the Edinburgh Festival, DanceLive '11, '12 & '13  hosted by City Moves Aberdeen and Layers of Skin by Retina Dance as well as having attended Master classes and week long intensives with Jasmin Vardinom Company, Ballet Boyz, Scottish Dance Theatre, Errol White and Kerri Nicholls. 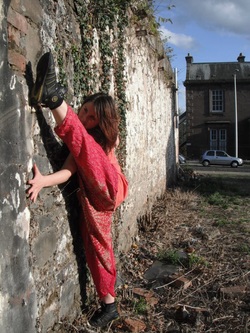 I had my first real taste of contemporary dance when I joined Creative Steps, a youth group with Cois Ceim a dance theatre company from Ireland. This opened a new world of creative expression I wanted to be part of so from there I went onto study dance at Sallynoggin college. In order to continue my studies I moved to Scotland to train at the Scottish School of Contemporary Dance. Through out this time I've taken part in dance residences with Philippa Donnellan, Broadreach director of Cois Ceim, Fabulous Beast, and Surge physical theatre festival all of which culminated with public performances. Over the past 6 years I've performed with circus groups, entertainment companies and worked independently, stilt walking, fire dancing, and street performing around Europe. I was a member of Wassa Wassa, a West African Dance and Percussion Ensemble as a dancer and singer. We performed at many festivals and music events within Ireland. 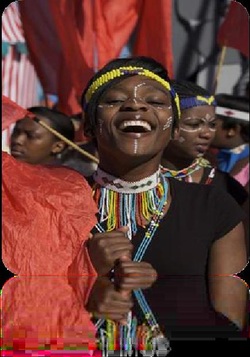 Wandiswa is a founding member of Uphondo lwe Africa, for which she travelled between Sweden and South Africa, performing in various productions. Since then she has embraced Social Change Theatre, particularly in reference to HIV AIDS. More recently, Wandiswa has worked on the corporate events division of Uphondo lwe Africa creating traditional African dance for leading corporate organisations. Wandiswa is also a traditional Xhosa singer and dancer. She performed in the UK tour of Elephant, with a leading role which led to her key parts in several of Dodgy Clutch's most popular plays. "Elephant" then opened The National Arts Festival in South Africa in 2010 before being staged in Europe for two months and in New York. Wandiswa was also a member of Eastern Cape song and dance Ensemble since 2004. Since then she has worked with Newcastle schools and taught these skills to varying age groups. Having provided arts workshops in storytelling and  indigenous music at Forthare university,NMMU, Rodes university, Umtata schools and in Alice. She has worked with Isiseko Senkonjane in the winter schools project with U.K artists in creating new work parallel to spending time in communities such as Hamburg where she creatively structured projects with Intlantsi Development Trust. Since 2013 she has been working with Duka Dance Company and is currently performing in Fabric.