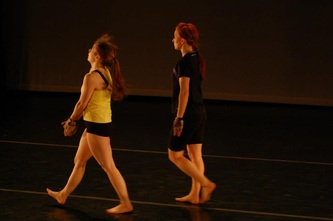 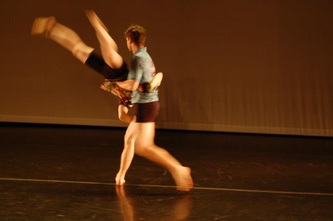 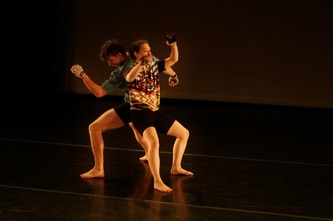 This piece, theme inspired by Le Tour de France, was performed in December 2012 at The Scottish School of Contemporary Dance. It was performed by four dancers; Crissy Reed-Richards, Joel Wilson, Alicja Brzezicka and Ailish Maher and accompanied by Luke Brady on Accordion and Marion Cronin on Vocal Percussion and Melody.
We created this collaborative work gradually over the course of two and a half months using the idea of stages of racing and the physicality of elite cycling as a movement basis and simultaneously worked in response to our musicians who focused more on atmosphere and drive.

Having the success of Bradley Wiggins in the 2012 Tour de France has led to the development of this piece in anticipation of the 2014 Tour which will see the start of the race commence in England.